Explained: What are Stablecoins? 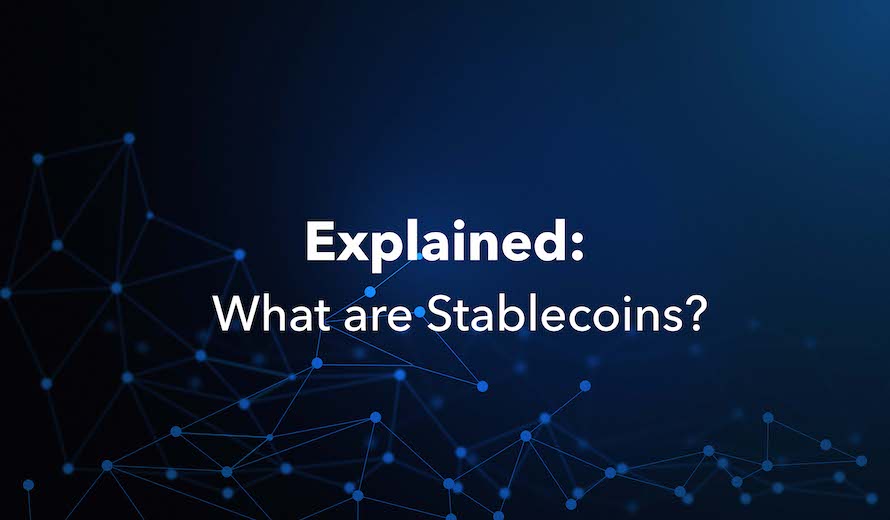 Stablecoins have been much in the news lately in the wake of the collapse of algorithmic stablecoin TerraUSD (UST) and its governance token LUNA. The event has brought renewed widespread awareness – and scrutiny – to what is supposed to be the least volatile sector in crypto.

With the very legitimacy of stablecoins being questioned by some – and with the prospect of regulation looming – it’s important that both retail and institutional investors have a nuanced understanding of this diverse asset class.

What Is a Stablecoin?

While cryptocurrencies are often highly volatile, stablecoins are pegged to another asset, most often the US dollar. They can maintain this peg in several ways, but the most common and safest manner is to back the coin with reserve assets, which can take several forms, such as fiat currencies, other cryptocurrencies, or commodities. The reserve asset can usually be redeemed for the token.

The stablecoin asset class has taken off in popularity because of the need for a predictably priced cryptocurrency that can serve as a safe haven in a market dominated by wild price swings. In theory, they combine the security that comes with holding an asset such as the US dollar with the ease of fund transfers in the crypto world, among other benefits. As we’ve seen with UST and a slew of failed stablecoins before it (including Basis, another project by Do Kwon), this is not always the case.

What Is the Purpose of a Stablecoin?

The main purpose of stablecoins is to allow people investing in cryptocurrencies to move their funds into a non-volatile asset without ever having to re-enter the traditional financial system. If you wanted to sell some Bitcoin, for example, but haven’t yet figured out the exact moment when you wanted to buy Ethereum, it would make sense to park your funds in a stablecoin after the initial sale. Converting fiat currency into cryptocurrency and vice versa is still relatively too slow and expensive to do at present.

Since stablecoins can also be used for payments, they can be useful in dodging various kinds of credit card and wire transfer fees – and they’re handy for cross-border transactions.

In addition, they are often a great way to move funds into decentralized finance (DeFi) opportunities, where they can be locked up for staking incentives. Stablecoins are also the transactional currency for many DApps and DeFi protocols who are using it for arbitrage or rely on it for other purposes such as leveraging funds or lending and borrowing. This makes stablecoins an essential lubricant in the well-oiled machine of decentralized finance, an ecosystem made up of a multitude of related and fast-moving components.

What Kinds of Stablecoins Are There?

There’s a moderately wide range of stablecoins available on the market, and some are more stable than others. It’s important to point out that while reserve assets and methods of backing differ, almost all stablecoins are pegged to a fiat currency, typically the US dollar.

When TerraUSD (UST) and its governance token collapsed in mid-May 2022, tens of billions of dollars in value were wiped out in a matter of few days, with many people losing their life savings. The Terra ecosystem had offered something called the Anchor Protocol, which had been providing 20% yield on staked tokens – an alluring DeFi opportunity that brought in many casual traders but that was unsustainable without semi-reserve backing from something called the Luna Foundation Guard (LFG).

Ultimately, the selloff that loosened the peg started with one very large transaction, and then many others followed. It happened in the context of US Federal Reserve rate hikes that were disincentivizing investors from putting funds in risky assets as well as global instability in markets surrounding the Russian invasion of Ukraine.

Following the fall of the Terra ecosystem, which led to the LFG liquidating over $3B in Bitcoin in an attempt to restore the peg, a broader downturn in cryptocurrency markets occurred, pushing Bitcoin as low as $26,000 at one point.

Even before the Terra LUNA fiasco, it had seemed likely that stablecoins were going to be among the first crypto assets to face substantial regulations in many jurisdictions around the world.

Those prospects have only accelerated in the time since, and now we are hearing the likes of US Secretary of the Treasury Janet Yellen say it would be “highly appropriate” to regulate stablecoins by the end of the year, as well as US Securities and Exchange Commissioner Hester Peirce commenting that it is all but inevitable we will see such regulations come to pass soon but that governments need to allow room for failure.

Much the same is being said in other locales, with the UK and the European Union (EU) ( by way of its MiCA legislation) both signaling the likelihood of stablecoin regulation. The Financial Action Task Force (FATF) has also had stablecoin regulation in its sights since 2019, but has not followed through yet. The Terra collapse now demands renewed scrutiny of stablecoins by all regulators. What any of these new laws will look like is still a mystery, but it would be safe to say that reserve requirements are probably on the list.

For anyone wondering whether it is safe to hold their crypto in stablecoins, it would be beyond the bounds of this article,which is purely for educational purposes and no financial advice in any way. However, if you are going to invest in cryptocurrencies, there is a very high chance that you will have to cross paths with stablecoins in your journey. While Tether has the largest market cap and shows no signs of imminent collapse, if you were looking for the most conservative options, those would be USD Coin (USDC), USDP and Binance USD (BUSD), which are supposed to be backed 1:1 with reserve assets.

Given that regulation may be just around the corner – as well as the looming arrival of central bank digital currencies (CBDCs) – it’s anybody’s guess what may happen over the next few years to the various stablecoins currently in existence. Stablecoin issuers and regulators will likely be spending more time with each other after Terra’s fall from grace, according to Jeremy Allaire, Circle founder. This is not necessarily a bad thing and should speed up crypto adoption. Even more, if we are to believe Bitcoin bull and MicroStrategy CEO Michael Saylor, it’s going to accelerate some “much-needed regulation of stablecoins, all coins, and the exchanges.”