The Global Status of CBDCs in 2022 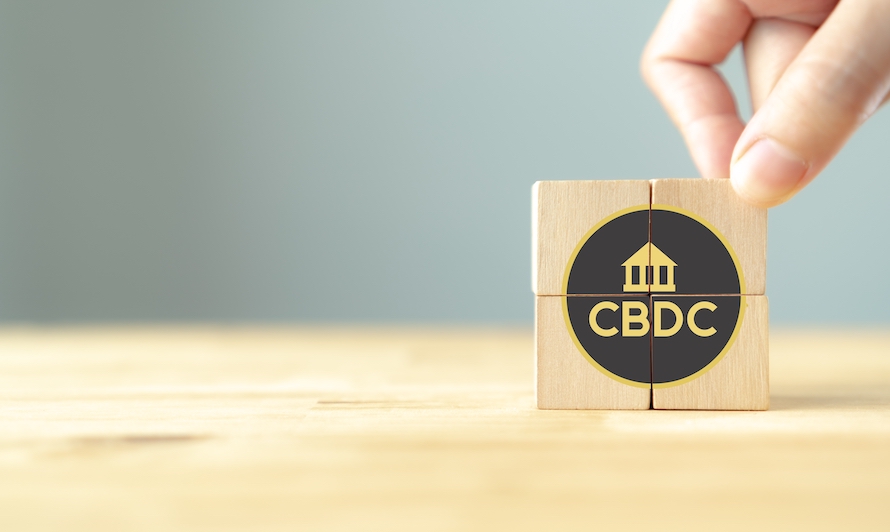 Global progress in rolling out central bank digital currencies (CBDCs) continues to be a slow affair, with unclear timelines in many of the world’s largest economies. Nevertheless, the various projects march onward. At present, over 105 countries representing more than 95% of the world’s GDP are either looking into or actively developing a digital version of their currencies, according to the Atlantic Council’s CBDC tracker.

With CBDCs already launched in Nigeria, the Bahamas, and seven Eastern Caribbean nations – as well as with the recent news that Jamaica has recognized its soon-to-launch Jam-Dex CBDC as legal tender – it’s a good time to take another look at the status of CBDC rollouts around the world. But first, let’s have a quick refresher on what a CBDC actually is and why so many governments are interested in implementing them.

CBDCs are the long-overdue attempts by the governments of the world to update their currencies for the digital age. Unlike cryptocurrencies – which are supposed to be permissionless, private, and decentralized – CBDCs do not necessarily even have to run on blockchain technology (though close to 90% do). They are merely the digitization of a nation’s currency and can be traded in for the paper money on a one-to-one basis.

The advantages of CBDCs are manifold, especially for nations in the developing world that have underbanked populations and cash-based economies that lag behind in the adoption of traditional electronic payments methods.

For less developed countries, there is hope that by skipping past private banking and jumping right into a CBDC rollout – which may not even require a bank account, only a crypto wallet and a cell phone – there may be some economic boosts that will come with the streamlining of non-intermediated financial services. At the same time, and perhaps due to the legacy financial architecture, the developed world has been slower to get onboard, with the US, UK, and EU among the furthest behind.

If the CBDCs currently in the works run at least partially on blockchain technology, the new systems may be able to offer the public access to free or at least low-fee payments and transfers, potential access to decentralized finance (DeFi) and non-fungible tokens (NFTs), as well as automated transactions and other agreements with the use of smart contracts.

Of course, there are also several drawbacks to CBDCs. While some of these are more pronounced in countries that lack democratic governance, they exist everywhere. These shortcomings include:

An Overview of CBDC Implementation by Country

Timelines for implementation vary greatly, and many countries that have announced the existence of research programs into the topic of CBDCs have not gone so far as to commit to developing them. According to the Atlantic Council’s data, as of June 2022, there were 10 launched CBDCs, 15 in pilot, 24 in development, 43 under research, 10 inactive, and two cancelled.

Here is a rundown of what’s happening with CBDCs in some of the world’s largest economies as well as with some of the frontrunners in the race, which so far do not tend to be the same countries.

The Federal Reserve released a report on its research into CBDCs in January 2022, which did not commit to a rollout, but did note the potential upsides and urged Congress and the electorate to get involved. In addition, a joint initiative between the Boston Fed and MIT called Project Hamilton released its phase-one findings in February 2022, which described blockchain tech as a poor match for the needs of the country. The Biden administration’s so-called Crypto Executive Order has also been part of the push to develop a digital dollar, stressing a whole-of-government approach and that the US must not fall behind.

Originally called Digital Currency Electronic Payments (DCEP) and now named the e-CNY, China’s CBDC project has been pilot tested in dozens of cities, with banks converting digital and paper money as well as allowing balance checks and even payments. By early 2022, over 260 million wallets had been created. The CBDC was even in use during the 2022 Beijing Winter Olympic Games. The Chinese government, which has banned cryptocurrencies, has said that it expects to fully launch its e-CNY by 2023. This would almost certainly make it the first among the world’s leading economies to launch a CBDC.

A potential digital euro is still in the research phase and no commitments have been made as of yet. In May 2022, Fabio Panetta, an executive board member at the European Central Bank (ECB), said that development and testing of a CBDC could begin as early as 2023 and would take about three years, indicating a rollout could come as soon as 2026. However, Jonah Gross, chairman of the Digital Euro Association, despite being a proponent of the cause, has said that the purpose of a digital euro is still unclear and that the biggest current challenge is to define the aim and function of the currency.

The Indian government has been somewhat rhetorically hostile to cryptocurrencies, and in 2019, a panel suggested that all of them be banned to make way for a CBDC. The next major development was a report released in February 2021 by the Reserve Bank of India (RBI), which enumerated the pros and cons of an official digital currency. In July of the same year, the RBI stated its intention to develop a pilot program for a CBDC with a phased rollout. Then at the beginning of 2022, the finance minister announced a digital rupee that would be fully backed by the RBI and is set to be rolled out between 2022 and 2023.

In May 2021, the Banco Central do Brasil (BCB) outlined its plans for a digital Real, which will involve both the Brazilian Payments System and the National Financial System. The project is currently in the proof-of-concept stage, with a pilot program set to take off in late 2022. Key stated objectives include cross-border interoperability as well as privacy and security. Additionally, an earlier instant payments system introduced by the BCB, known as PIX, has already achieved 70% adoption in the country.

The Bank of England and the HM Treasury announced their joint research into the CBDC space in April 2021, and a taskforce as well as several fora were commenced to explore the issue. However, a report released by the House of Lords in January 2022 concluded that there is no pressing need for a British CBDC. Reclaiming the issue for its own, the Bank of England announced two months later that it had embarked on a CBDC research partnership with MIT.

Russia’s digital ruple has now reached the pilot stage, accelerated by its desire to decrease its reliance on US dollar-denominated financial systems in the wake of sanctions that followed from its 2022 invasion of Ukraine. Russia first made public its intention to develop a prototype in 2020, and it had completed one by early 2022.

With research begun in 2016, progress in developing a Ukrainian CBDC, known as the e-hryvnia, has come along steadily. A successful two-month pilot program between late 2018 and early 2019 further catalyzed interest. In 2021, CBDCs were legalized through legislative action and listed as cash equivalents. Later that same year, President Volodymyr Zelensky got behind a pilot program that would see some government salaries paid in the digital currency. Development of the project has continued despite Russia’s invasion of the country.

The Eastern Caribbean Central Bank began to develop a digital currency called DCash in 2019 that it ultimately launched in March 2021, making it the first currency union central bank to issue a CBDC. At first, the currency was adopted by half of the eight member states, though it has been gradually spreading since. Antigua is the only remaining nation left outside the system, though it will adopt DCash later this year.

The Central Bank of the Bahamas made CBDC history in October 2020, when it launched the Sand Dollar nationwide after a successful pilot on one of the country’s islands, Exuma. The government is still working to ensure complete interoperability among the variety of wallets available, while integration with the nation’s banking system has proceeded in phases, with that process now nearing its end. However, adoption has been a challenge, and the Sand Dollar currently only represents 0.1% of all the nation’s circulated currency.

Africa’s first CBDC, the e-Naira, was launched in Nigeria in October 2021, with the government taking a phased rollout strategy. The first phase has only allowed those citizens with bank accounts to use the digital currency; however, expansion to unbanked segments of the population is set for the next phase, with offline payments said to follow. So far, about 90% of transactions have been between businesses and their customers.

Meanwhile, over in South Africa the government is also mulling over the rollout of a digital Rand.

In June 2022, Jamaica became the first country in the world to recognize its CBDC as legal tender. The digital currency, called the Jamaican Digital Exchange (Jam-Dex), is set to be fully launched in late June or July of this year. It does not require individuals to have a bank account but rather operates entirely on the basis of a wallet called Lynk.

Governments around the world have dramatically stepped up their interest in CBDCs over the past couple years. In larger economies, some of the driving force behind this may be the rise of stablecoins and a desire to stave off competition from various other cryptocurrencies, while an arms race mentality has surely also taken hold, particularly as China – a nation whose authoritarian system and rapid expansion alarms many – has become something of a leader in the CBDC race. At the same time, CBDCs have offered many smaller, developing nations that lack adequate adoption of a traditional banking infrastructure a means to potentially leapfrog a few places.

Regardless of who arrives first, it’s become clear that almost everyone is headed in the same direction at this point. We should expect many, many countries to either hop on the CBDC bandwagon or accelerate their existing programs in the next few years.