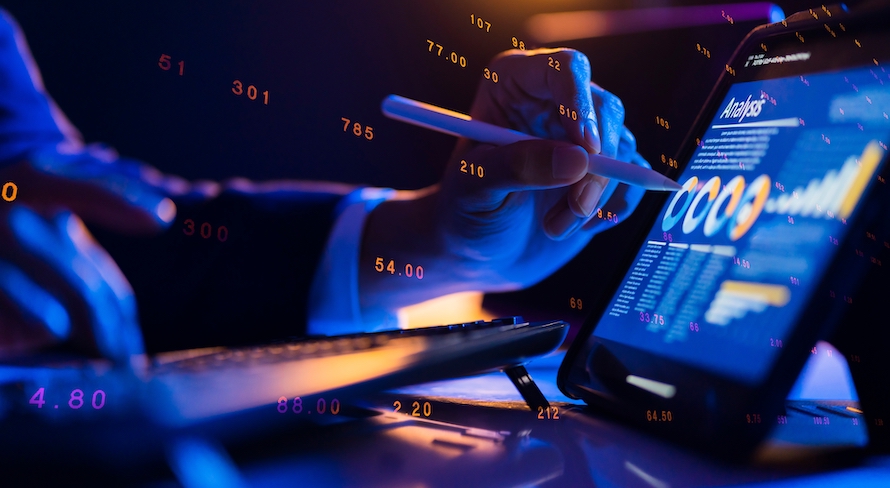 Famed venture capital (VC) firm Andreessen Horowitz (a16z) has released its inaugural State of Crypto report. The document is stirring up a fervent discussion in the industry, as the firm is considered to be at the cutting-edge of crypto, with investments in multiple key projects.

As one of the earliest VCs to arrive in crypto, the firm is well-positioned to give analysis. Over the course of the last bull run, a16z more than doubled the size of its investments in the space, and last year it raised $2.2 billion for its Crypto Fund III. It also announced over the last few days, amidst tough market conditions, an enormous $600 million fund for metaverse and Web3 development.

The new a16z report touches on a number of issues, including the significance of Web3, the continued dominance of Ethereum, and something the firm calls the “price-innovation cycle,” which offers some context for the current bearish moment.

The benefits of Web3 for creators

Defining Web3 as the term for the movement and crypto as the underlying tech, report author Eddy Lazzarin echoes Ethereum co-founder Gavin Wood’s concept of Web3 as a decentralized Internet powered by crypto where creators rather than centralized platforms like Google and Meta earn the lion’s share of the revenue.

The VC firm compares the cut taken by Web2 companies such as Meta (Facebook) to what is happening at Web3 entities such as the non-fungible token (NFT) platform OpenSea. The data is unsurprising but still shocking when presented in raw form, with Facebook and Instagram taking nearly 100% of the revenue on their sites versus a mere 2.5% going to the company in the case of OpenSea, despite the latter being a largely centralized entity as well.

Indeed, royalty payouts for NFTs based on the Ethereum network amounted to $3.9 billion in 2021, whereas Meta has set aside only $1 billion to pay out all of its creators for 2022, accounting for roughly 1% of its revenue.

At the moment, the Web3 ecosystem as a whole is paying $174,000 on average to a creator, while Spotify pays $636, YouTube pays $2.47, and Meta pays $0.10. Whether payments are concentrated in the hands of a relatively small group of high-earning users is not explored in the data.

Ethereum is still dominant, for better or worse

As the original smart-contract blockchain, Ethereum still maintains a strong lead in a number of key areas in Web3. The VC firm points to the size and commitment of Ethereum’s developer community as the reason for this, with the chain having over 4,000 active monthly developers at present. Runners-up are still far behind, with Solana at 1,000, Bitcoin at 500, and Cardano at 400.

However, a16z warns that Ethereum’s “popularity is also a double-edged sword,” noting that the chain puts emphasis on decentralization over scalability, which could see users fleeing to other chains where fees are lower and performance is greater.

In fact, fees on Ethereum have gotten so severe that users are now spending over $15 million in gas costs daily. BNB, Avalanche, Fantom, Polygon, and Solana together only generate $2.5 million in daily fees. For this reason, everyone is waiting nervously to see how the implementation of Ethereum’s scaling solutions, such as ZK-rollups and bridges, plays out over the coming year.

Nevertheless, a16z still estimates that there are between 7 and 50 million people using Ethereum these days. They are quick to point out that they think the future will be multi-chain and do not think a single clear winner will emerge.

The firm reckoned that by 2031, Web3 may hit the milestone of 1 billion users – which happened for the Internet around 2005. They added that by the standards of the development of the Internet, Web3 is currently around the year 1995!

The VC firm took its report as an opportunity to re-illustrate a theory it first pointed out in May 2020, which is that so-called price-innovation cycles continue to be observable in crypto. According to the theory, when crypto prices dramatically shoot up and peak, as has happened in 2011, 2013, 2017, and 2021, a wave of new developer talent floods into the space. Then, during the downturn that follows, these developers create innovations that lead to the next breakout in the cycle. The team at a16z is of the view that we are currently entering the winter of the fourth cycle, where fresh talent will presumably assemble and carry us into a new bull market eventually.

With crypto stuck in the entrance to the bear cave and the public somewhat confused about what is happening in the wake of the Terra Luna collapse, it’s good to have established voices in the industry chiming in with long-term projections that aim to reassure. Some in the community have remarked that the amount of venture capital in the world of crypto gives the lie to the idea of decentralization, and yet it’s hard to see how else it would be possible for so many exciting projects to get off the ground. While much of what a16z says in its report can be found elsewhere, it’s still a welcome contribution to the discourse in what has been an overwhelming start to Q2 2022.