What's Next for NFTs? 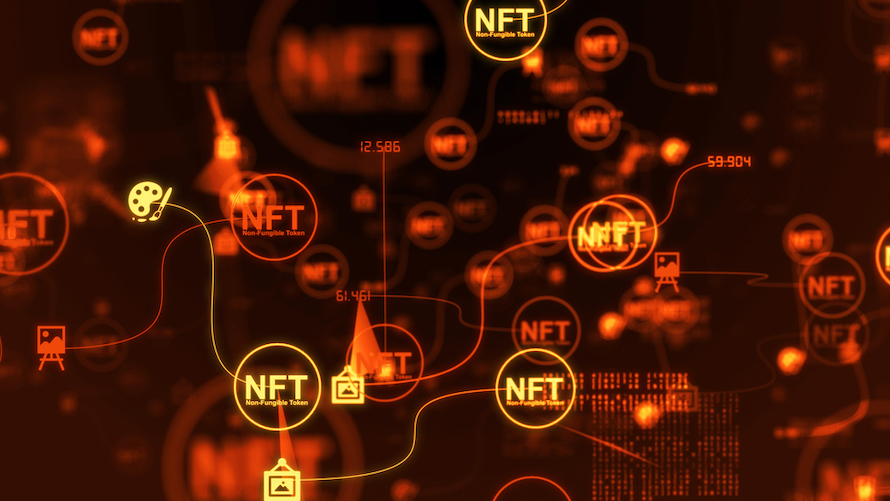 NFT (non-fungible tokens) have outperformed nearly every asset class since Beeple auctioned off a single piece of artwork for $69 million in early February of 2021. The sale, which took place through Christie’s, made global news and drew a lot of attention to digital artwork and the opportunities it presented to modern artists and investors.

Many well-known collections soon followed, such as CryptoPunks and Bored Apes Yacht Club (BAYC), generating millions of dollars in sales. Even individual pieces of digital history were memorialized as NFTs, including Jack Dorsey’s first tweet, which sold for $2.9 million several months later in May of 2021.

Unfortunately, though, what goes up must come down, even in Cryptoland. While crypto artwork was a sizzling hot topic during the entire crypto bull run of 2021 to early 2022 that captured the zeitgeist spirit of last year’s up-only market run, NFT sales have plummeted since the recent cool-off. Nearly every blue-chip collection is now far from their all-time highs in terms of fiat value, with many users holding on to their purchases due to the illiquid nature of NFTs.

As NFTs complete their first cycle, observing established use-cases can provide insight on what to expect in the future.

A majority of NFT collections can be used as profile pictures for social media accounts. First popularized by CryptoPunks in 2021, PFP collections follow a general theme but have a variety of traits that differ in appearance and rarity. Owning a PFP from a well-known collection can imply a lot of information about a user’s identity, opinions, and which online community they belong to.

Many influencers, analysts, and traders prefer to remain anonymous while interacting online. Using an NFT to represent themselves instead of a real picture allows them to own their opinions and ideas without worrying about their safety or personal reputation. And to “flex,” of course.

NFTs can replace or replicate in-person identities by tokenizing personal information. Physical identification such as a driver’s license, government ID, or medical information could be tokenized to prevent theft or mismanagement.

Essentially, any physical documentation can be stored digitally on the blockchain to ensure its authenticity, from academic credentials, to work certifications, or proof of ownership that can be remotely verified if the proper ledger is created.

NFTs have played a crucial role in verifying land ownership in popular virtual worlds like The Sandbox and Decentraland. Space in these applications is limited and a tremendous number of global corporations have secured an NFT deed to advertise and participate in Web3 activities.

Owning virtual real estate enables the construction of office buildings, conducting conferences, or hosting events that are completely customizable. The size, location, and appearance of the land plot can drastically change its value.

NFT artwork is similar to a canvas or sculpture displayable in your home. An artist will create the image, display or advertise it, then sell it to a customer or collector. Unlike traditional artwork, however, everything is done digitally.

Artists will mint their completed piece on a blockchain, then list their NFT on a marketplace that specializes in 1/1 artwork. Many artists also do work on commissions for collectors that want something specific.

1/1 artwork refers to an NFT that is one of a kind and not part of a larger collection. Most NFT collections are created by drafting multiple traits and generating them onto 1,000-10,000 base models. 1/1 artists take a more traditional approach to making NFTs and of the 15 largest NFT sales, six were 1/1 images.

P2E (Play-To-Earn) games have become popular following the birth of NFTs. Gaming weapons, equipment, characters, property, and many other in-game assets can be traded between players as an NFT on the blockchain. In-game currencies are often on the blockchain as well and are usually used to purchase gaming NFTs from other players or the game itself.

“Play to earn” implies that by entering and winning in-game battles, players will be rewarded with the game’s native cryptocurrency. The currency can be traded for powerups or NFTs to strengthen your character, or swapped with other players for different cryptocurrencies.

Blockchain gaming became a hot topic not long after the birth of NFTs, with Axie Infinity generating millions of dollars in sales as early as June 2021. Players were able to purchase in-game characters to battle each other and generate in-game currency. Winning monster battles became a full-time job for some, and many other P2E games have been created since.

NFTs can be used as a token to access paid services. Private events, subscription services, or content creators can use NFTs to verify users, physically or digitally.

Web2 services that sell tickets to an event or collect funds often collect a percentage of sales, limiting the income of content creators or event hosts. Personal information and financial details are also collected when making a purchase. NFTs can be minted and distributed by events or companies directly and traded amongst users while remaining mostly anonymous.

With legacy fashion brands like Adidas Originals paving the way, it’s more than likely international brands will use NFTs to guarantee access to digital content to appeal to a more international audience.

While many NFT collections have gone to zero, undergone rug pulls, or abandoned, their rise and fall have inspired a variety of well-known entities to enter the NFT space.

Coachella, a yearly week-long music festival in California that hosts famous musicians, launched its own NFT collection that acts as a lifetime ticket to the yearly event. The NFT also guarantees its holders art prints, digital collectibles, photo books, and other forms of content.

Many other companies such as MAC Cosmetics, Nike, Coca-Cola, and Budweiser have also launched NFTs to reach new customers and experiment with blockchain technology. NFTs have found a way to make interacting with the blockchain fun, exciting, and useful. New use cases will be discovered in the future as companies experiment with NFTs in their marketing and branding strategies.

The role NFTs have played in establishing digital identities is also undeniable. A profile picture is only the first cultural use of blockchain technology. As more users migrate to digital settings to interact and express themselves, expect NFTs to play a role that may have been unthinkable a year ago.

Integrating NFTs with sensitive personal information has yet to take hold, but the possibilities are endless once physical data begins to safely be stored digitally.

Quite possibly, what began with digital artwork may end with blockchain ledgers being the standard for verifying all forms of information.