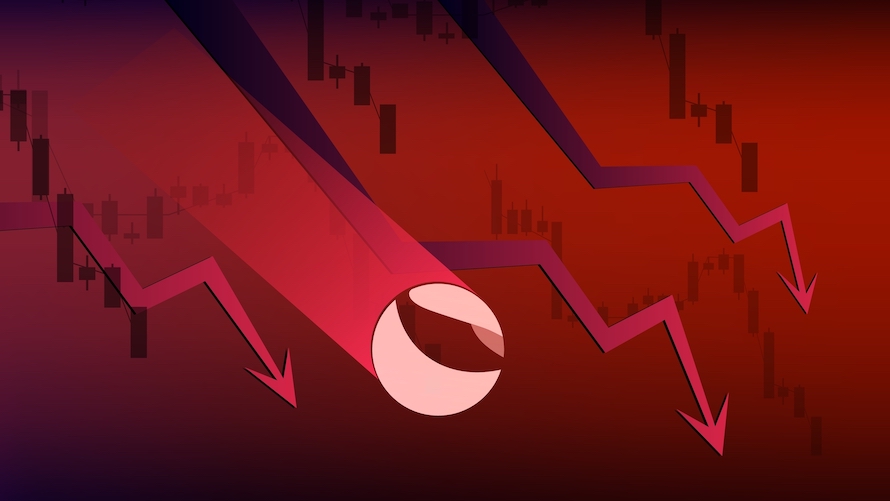 This past week has been among the most eventful in crypto for years, with the collapse of the algorithmic stablecoin TerraUSD (UST) and its governance token LUNA rattling crypto markets to their core. There is no point in equivocating here – this was an extraordinary and tragic catastrophe for crypto, with over $30 billion dollars worth of value vanishing into thin air and ruining many people’s nest eggs as well as denting institutions that had lined up behind the tokens. It’s going to be a long time, if ever, before anyone trusts an algorithmic stablecoin again.

The tale is dramatic and worth pacing out properly. First, let’s take a look at what an algorithmic stablecoin is, and then we can dive into the details of what happened and what’s likely to come next.

What is Terra Luna?

An algorithmic stablecoin is a cryptocurrency whose price is kept stable via an algorithmic mechanism, which stands in contrast to a reserve-backed stablecoin. In the case of the ecosystem developed by South Korea’s Terra Labs, the algorithmic TerraUSD stablecoin was supposed to maintain its US dollar peg with the aid of a corresponding governance token, LUNA.

Either coin could be burned in return for its counterpart, and this was supposed to create arbitrage opportunities for traders when the stablecoin drifted from its peg, restoring the balance. It was a system that had functioned reasonably well since the launch in September 2020, but encountering serious market headwinds in the past week, both tokens went into a death spiral that rippled out into the entire cryptocurrency world, leaving a trail of massive red days for even marquee tokens like Bitcoin and Ethereum.

It’s worth noting that this is not the first algorithmic stablecoin to go belly up – the alchemical endeavor has been attempted a number of times before, including by Terra Labs founder Do Kwon – and many are now of the view that only stablecoins backed by fiat or other reserves can be considered even remotely reliable.

The Spectacular Collapse of Terra Luna

Terra Labs had drawn a large volume of inflows into their ecosystem due to something called the Anchor protocol, which was essentially the decentralized finance (DeFi) wing of the operation, and one that promised lavish 20% yields at that. Given the extraordinarily high payouts to lenders, the incentive structure was successful in massively expanding the market cap of the TerraUSD and LUNA tokens. However, there was something amiss in plain sight.

The funds to pay out the 20% were not being generated by the protocol. Instead, Terra Labs had sought to subsidize them with an organization called the Luna Foundation Guard (LFG), which had acquired over $3.5 billion in Bitcoin reserves, among other assets. Basically, the algorithmic stablecoin was really more like a hybrid between algorithmic and reserve-backed.

In early May, deposits in Anchor had been about $14 billion. By May 13, that number had shrunk to around $1.6 billion. By the time you’re reading this, all bets are off there will be much value left in any of Terra Labs’ tokens or associated DApps at all. Indeed, the devastation has reached even further, as LFG’s liquidation of its substantial Bitcoin reserves has even contributed to a wider cascade of cryptocurrency prices, with Bitcoin falling below $26,000 on May 12.

What caused the stablecoin death spiral began on the weekend of May 7, when a series of gargantuan withdrawals from Anchor began to loosen the peg. It took a handful of days, punctuated by the promise of a rescue plan from Mr. Kwon that in the end impressed no one, for LUNA and TerraUSD to go to near zero. By May 15, the network had been shut down twice, with the tokens delisted from some exchanges, and it now seems unlikely there will be many avenues for restarting a trust-based project whose founders are being compared to the late Bernie Madoff and executives from Enron, though members of the community are offering restart plans of their own. Ultimately, thousands upon thousands of investors were completely ruined by Terra Labs, their capital vaporized into the crypto mist by a founder who had, until recently, been mocking his critics and daring his billionaire Twitter followers to come and test his product’s vulnerabilities – and it’s probably game over for this formerly high-flying operation.

This is the question that has everyone speculating, and we will probably have to wait some time before we get a better glimpse. And yet it’s equally likely the catalysts of the depegging will remain shrouded forever. As crypto grows in stature and becomes more of a threat to certain actors in the traditional financial sector, there will be no shortage of deep-pocketed enemies of the blockchain, some of whom are capable of incredibly sophisticated assaults against those platforms they deem deserving of their aggression.

Already, rumors have been circulating that hedge funds and investments management companies may have been behind the attack, though no one has yet come forward with substantial evidence. For now, most of the anger seems to be focused on Mr. Kwon, whose wife in Korea has reportedly requested police protection after a man snuck into her compound and claimed to be looking for her husband.

What Do the Regulators Have to Say?

The regulators who seek to rein in stablecoins will inevitably be galvanized by this calamity, and already we’ve seen U.S. Treasury Secretary Janet Yellen speak up again about the need for the relevant legislation. Senator Pat Toomey, the ranking Republican on the Senate’s Banking Committee, has indicated a desire to pass that legislation. U.S. Securities and Exchange Commissioner Gary Gensler has so far remained silent, but he’s expressed similar views in the past. For what it’s worth, Bitcoin maximalist and MicroStrategy CEO Michael Saylor has said the crisis will “accelerate education, regulation, and institutional adoption.”

Unfortunately, the permanent demise of Terra is now all but a fait accompli. On Monday May 16th, news came in that less than $100 million remains of the Terra Foundation’s multi-billion dollar reserves, with nearly all the assets sacrificed during attempts to preserve the UST peg.

This means that despite Kwon’s new proposal to rebuild Terra and repay coin holders with assets from a new chain, there now remains nearly zero hope of a long-term revival.

Ethereum co-founder Vitalik Buterin suggested the remaining assets be distributed amongst users with the lowest UST balances, as they were most likely the most affected.

If nothing else, the Terra meltdown should serve as a reminder to crypto investors that all cryptocurrencies come with a sizable degree of risk. Therefore it’s vital to manage that risk according to your portfolio, by diversifying where possible and doing as much research as possible. The young crypto market is still a continuous battlefield where investors must carefully walk the line between surviving and thriving, and stay mindful of both the FOMO and FUD generated by both supporters and detractors of certain projects.