Will Coinbase’s NFT Marketplace Outperform its Trading in 2022?

Coinbase CEO Brian Armstrong recently said that the company would be launching a non-fungible token (NFT) marketplace, which he felt could grow bigger than the exchange’s bread-and-butter cryptocurrency trading business.

Armstrong made the bold statement on a conference call after the Nasdaq-listed exchange reported generating $1.24 billion revenue in Q3. The pioneering U.S. cryptocurrency exchange’s figure fell short of the $1.57 billion mark predicted by analysts or the $2 billion it made in the previous quarter (Q2).

The exchange’s NFT move comes after competitor FTX.US announced that it had added Ethereum-based NFTs to its platform, expanding its support of NFTs to beyond the Solana network. With its cutting-edge trading tools, FTX is rightly seen as a massive threat to Coinbase’s dominance in the States. It also helps that it is drawing less attention from regulators than the likes of Binance and Coinbase, with the latter recently receiving a Wells notice for its lending practices. In response to the regulatory pressure, both Binance and FTX have recently published 10-point principle statements on what they hope to see from authorities.

Coinbase, which boasts more than 73 million verified users, announced in October its plans to launch an NFT marketplace for minting, buying, and selling non-fungible tokens. Dubbed Coinbase NFT, the marketplace aims to unlock the full potential of the creator economy and benefit artists.

Coinbase NFT is expected to launch in the next one or two quarters. Those who want to access the NFT marketplace early can join a whitelist. The move to develop an NFT marketplace opens doors for Coinbase to diversify its income streams and move away from relying heavily on exchange fees.

Coinbase will have to fend off competition from incumbents like OpenSea, or even indirect competitors that have lately thrown their non-fungible hats into the NFT marketplace ring. Previously, there was speculation that Gamestop would also be launching their own NFT marketplace.

Enthusiasts view NFTs as a way for artists to be compensated for their work after their income took a tumble due to the easy availability of media online. However, critics have warned that NFTs may be a bubble waiting to pop. Despite the warning, money is flowing into the NFT market.

NFT sales volume topped $10.7 billion in the third quarter. This is an increase of more than 700% from the $1.3 billion reached in Q2. In Q1, the sales volume stood at $1.2 billion. For a clearer perspective, NFT sales volume in Q3 alone is double that of the first half of the year. The spike in NFT interest is fueled by million-dollar sales. Twitter founder Jack Dorsey sold his first-ever Twitter post for $2.9 million and digital artist Michael Winkelmann, known professionally as Beeple, sold his work for $69 million. 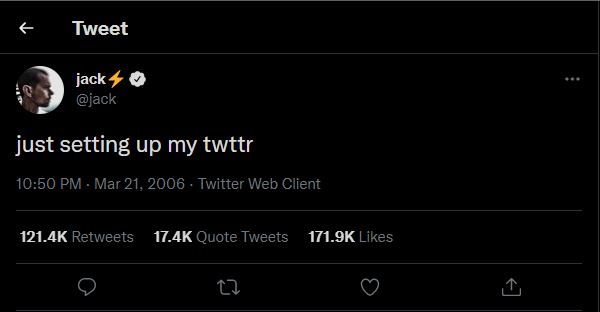 On the other side of the coin, NFTs have by now received an overwhelming vote of confidence (and flexing BAYC and CryptoPunks buys) from major companies and brands such as financial payment giant Visa, The New York Times, NIKE, Adidas, Time magazine, and the fast-food restaurant chain Taco Bell.

The belief in the tech is also part of the reason why people spend top dollar for NFTs. Investors believe that the value of the NFTs will appreciate over time. As big names inside and outside the crypto sphere dip into NFTs, the rollout of dedicated marketplaces for non-fungible tokens by the likes of industry giants like Coinbase should be an encouraging sign for the future of NFTs and the prospects of those who invest in them smartly.