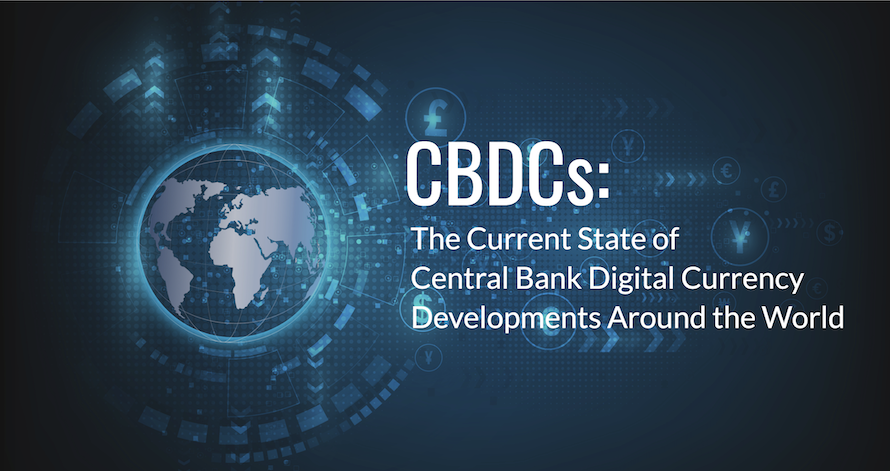 Introduction
What are Central Bank Digital Currencies (CBDC)?
Why do CBDC projects use blockchain technology?
What are the biggest CBDC projects in 2021?
Retail Projects
Wholesale/Interbank Projects
Conclusion

In the first week of November 2021, The Bank of England and the UK Finance Ministry announced plans for a “formal consultation” into the creation of a central bank digital currency or CBDC. If the consultation is successful, Britons can expect the creation of a blockchain-based digital currency that will serve as legal tender by the end of the decade.

The UK’s CBDC promises to ease financial transactions and bring individuals without access to banking services into the larger economy. Despite this, the UK is a relative late-comer to the CBDC ecosystem. Indeed, numerous comparable projects are already underway, mostly in emerging economies. Then there are the most notable (and controversial) CBDCs like China’s digital yuan, which is earmarked for incredibly ambitious purposes.

Make no mistake: central bank digital currencies are coming to most countries in the world before the end of the decade, as their unique benefits, speed of use, cost-effectiveness and compatibility with an increasingly digital global economy leave nations with no real choice in the matter.

This article will provide a primer on CBDCs, specifically:

The UK’s CBDC announcement was one of several CBDC news stories to appear in the news cycle this November. A competition held by the Monetary Authority of Singapore (MAS) awarded the German corporation Giesecke+Devrient and CBDCgo 50,000 dollars each for developing technologies that support CBDCs in the Nation State. Similarly, these government-backed assets are seeing an influx of institutional involvement in an attempt to improve the larger ecosystem. Indeed, institutions including the World Bank and International Monetary Fund (IMF) are pursuing the issue.

In the simplest terms, a CBDC is a virtual form of a country’s paper (coin) currency. While most proposed CBDC projects leverage blockchain technology in implementation, CBDC are different from cryptocurrencies like Bitcoin and Ethereum. Unlike cryptocurrencies — which are typically created and regulated by private individuals or organizations — CBDCs are created by a particular country’s monetary authority eg. the US Federal Reserve.

This is because CBDCs are created alongside a country’s printed/stamped fiat currency, and are therefore 100% equal in value to the currency they are tied to — be it Dollars, Kroner, Rupee, or Peso — and thus legal tender.

Presently, no CBDCs are in formal use, but their proposed adoption could bring several advantages and disadvantages.

Why do CBDC projects use blockchain technology?

While not a necessary prerequisite, the majority of CBDC projects leverage blockchain technology (88%) due to the following benefits:

What are the biggest CBDC projects in 2021?

Since 2014, more than 60 central banks have begun pursuing CBDC projects. These projects can be divided into two categories: retail and interbank/wholesale projects.

Retail projects enable individuals to hold CBDC as they would any other currency. These projects are typically more advanced in emerging economies. Here are 5 interesting new projects.

Interbank/wholesale applications restrict their use to financial institutions. Here are 3 leading current implementations.

The UK, and indeed much of the west, is still behind in its adoption of CBDC. Likewise, while promising, the efficacy of this technology has yet to be proven. One thing is certain however, CBDC has shown great promise in multiple applications.

If new developments are anything to go by, future iterations will, all in likelihood, result in a government-backed digital currency in every nation, from the European Union (with its coming digital finance strategy legislation) to emerging economies like South Africa.

Whether they can live side by side with public blockchain-based stablecoins, and cryptocurrencies pegged in value to national currencies, remains to be seen. There is current concern that stablecoins are not fully backed 1:1 in fiat such as USD, which could result in a damaging liquidation run in the future.

However, what should be of greater concern to every citizen and investor in the world right now is how CBDCs will be implemented. Will it be a governmental apparatus to hold greater influence on our finances, behavior, and freedoms, or will their cost benefits be passed down to citizens? Only time will tell. Considering the money-printing history of most central banks in the last 100 years, caution is indeed necessary.