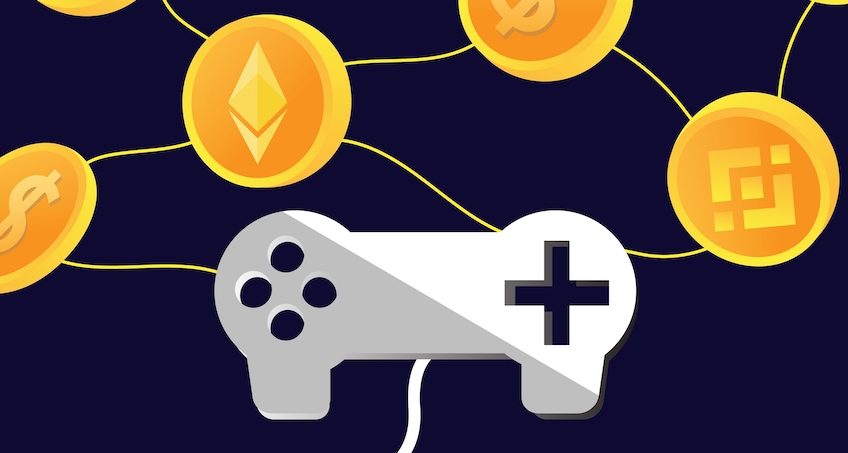 Last year’s DeFi protocol boom and this year’s NFT craze brought a new audience to the world of crypto. If you’re interested in learning about the new applications of blockchain and crypto, then brace yourself, because the era of the Metaverse and GameFi is upon us and it’s here to stay. Now, let’s press Play.

Play-to-Earn (P2E) games have been gaining massive popularity in the blockchain space since the rise of Axie Infinity in the second half of 2021, which has spearheaded a new age of blockchain gaming like never before.

This is evidenced by the proliferation of several other P2E games like Alien Worlds, CryptoBlades, Plants vs Undead, and many more. In fact, new types of decentralized games appear to pop out of nowhere every single day and a lot of them are able to attract significant users in short periods.

As P2E’s name suggests, generating money is the key attraction here as players can earn cryptocurrencies while playing, thanks to decentralized finance (DeFi) and non-fungible token (NFT) elements embedded within them. Players can later exchange these cryptocurrencies for fiat currency to pay everyday bills.

The P2E is currently causing a revolution in some countries like the Philippines, where tens of thousands of gamers now earn more playing games like Axie Infinity than they would working an office job.

GameFi refers to the introduction of real, financial elements in a video game by merging the functions of gaming, DeFi, and NFT technologies to create novel game mechanics. The video game application essentially acts as the front-end of GameFi, with DeFi and NFTs functioning as vital elements working behind the scenes.

The seamless blend between these three technologies has led to a plethora of P2E games being launched or currently in development, all exploring the possibilities that this new concept has to offer. In the past year, we have witnessed mind-blowing gaming incentive schemes and retention models that have never been implemented in mainstream gaming. That could change soon.

The DeFi elements include specialized economic models, staking features, smart contract-based incentive systems, yield farming, token minting, and other features that offer players opportunities to earn within and outside the games. It allows blockchain games to be equipped with their own crypto-based in-game currencies that have real-world value outside of the games themselves.

Many of these games also allow players to earn by staking either their in-game currencies or governance tokens.

NFTs are also crucial for P2E games as they allow players to truly own in-game assets, including game items like swords, virtual real estate, characters, monsters, or pets even outside the games. These assets can be viewed via cryptocurrency wallets, traded with other users, or even rented out to other users.

What are Play-to-Earn Games?

P2E games are blockchain-based games whose business models involve the incentivization of players through monetary rewards, allowing them to earn money in an open economy. The incentives vary depending on the gameplay and in-game objectives, but essentially, P2E games allow players to earn while playing. These games are a by-product of GameFi, although sometimes they are mistakenly interchanged with the term ‘GameFi’ itself.

The number of P2E games is growing by the day. Many of them have already attracted enough players to enjoy a thriving virtual economy while others are still in development but are eagerly awaited by the crypto industry and gaming community.

Axie Infinity is now one of the most popular NFT games today, with a total NFT trading volume of $2.6 billion.

Splinterlands is a collectible card trading game that lets players earn cryptocurrency rewards by fulfilling in-game achievements, such as winning skill-based matches and player-versus-player (PvP) game modes. The game enables players to own NFT-based digital cards, which can be traded and sold.

For a list of the top 5 games currently in the market and upcoming games, check out our list here.

What’s Next for GameFi?

The fusion of DeFi and NFTs into gaming applications has introduced a potential disruption in the video game market, as P2E games are growing at an accelerating pace, both in terms of new users and upcoming games. It’s not too far-fetched to say that GameFi could soon capture a sizable chunk of the mainstream gaming market, especially considering the incentivisation aspects that allow players to convert hours of playing into digital currency.

With that being said, the crypto sector is known for its boom and bust cycles, which leads some market proponents to believe that a price correction is bound to happen at some point, which could drag GameFi platforms with it. Traditional gaming platforms are also kicking their heels in. Valve announced this month (October 2021) that it would ban all NFT games from its popular platform Steam. Fortnite creator Epic Games, however, didn’t quite close the door on NFTs and said they were “open” to blockchain gaming”.

Ultimately, as blockchain development advances even further and converges with other relevant technologies like AR, VR, and AI in the next decade, GameFi can potentially be co-opted into the anticipated multiverse, changing both the face of the crypto space and digital landscape forever.