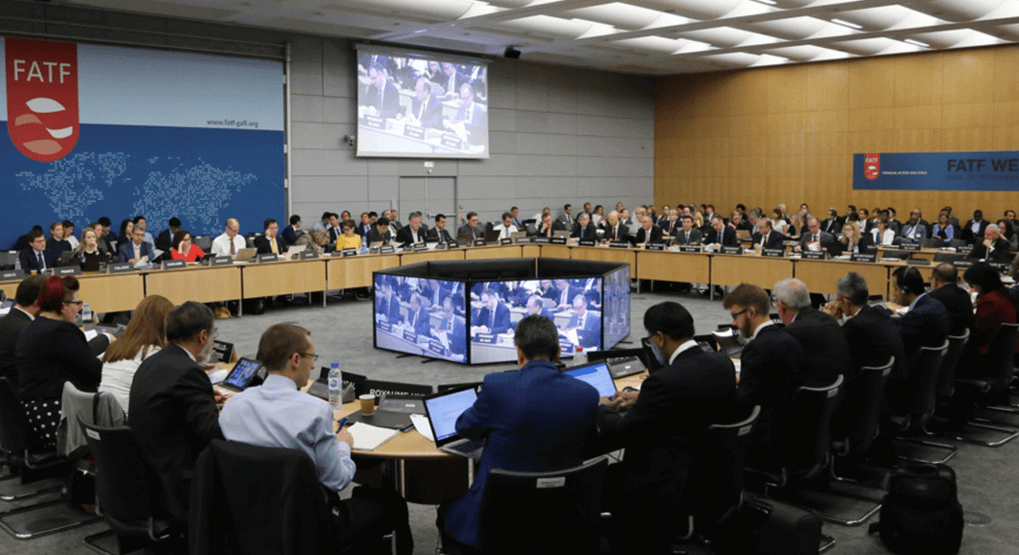 FATF guidance isn’t legally binding but it is often instrumental in the creation of regulations in member countries. In some cases, FATF guidance forms the basis of new regulations, which could affect the approach governments will take towards cryptocurrency in the medium term.

Why Is This Guidance Concerning For The Crypto Community?

The new report contains several changes that could be particularly concerning for the digital currency community. Specifically, there are changes to what FATF considers a “virtual asset,” which is FATF’s term for a cryptocurrency that falls under AML regulations.

The most important changes are:

The new FATF guidance has significantly expanded its definition of what exactly constitutes a digital asset, specifically concerning P2P transactions.

Given that the cryptocurrency DeFi space is entirely P2P and now has over $55 billion in locked assets this could have severe consequences for many cryptocurrency projects.

Why Is The FATF Concerned About P2P Transactions?

It appears that the FATF is attempting to close a significant gap in its existing guidelines. There has been rising concern that cryptocurrencies, particularly those traded on unregulated exchanges, could create a space where it is easy for black- and grey-market operators to thrive without oversight.

This concern arose with the proliferation of decentralized exchanges, such as Uniswap, which do not conduct even basic KYC. This means that it is exceedingly difficult to vet transactions flowing through the system. Even if a user eventually converts their cryptocurrency back to fiat, they may well be using tokens connected to illicit activities.

To solve this problem, the FATF has decided to take a regulatory sledgehammer to crack the nut that is cryptocurrency. The first step is to significantly expand the definition of both a VASP and also a virtual asset.

A major point consistently reiterated throughout the legislation is that there are no loopholes to their regime. All digital assets are subject to the existing regimes, regardless of whether they are utilizing a novel business model or not. The FATF’s position can be aptly summed by up this phrase:

“Despite changing terminology and innovative business models developed in this sector, the FATF envisions very few VA (virtual asset) arrangements will form and operate without a VASP (virtual asset service provider) involved at some stage.”

This aggressive approach may be frustrating to operators of centralized cryptocurrency projects and exchanges but could be disastrous for the myriad of DeFi projects currently operating. The change means that, in order to operate, they will be legally required to properly enforce the travel rule.

The main draw of many DeFi projects is that they are decentralized. This typically means that users propose and vote on resolutions, rather than having the project’s direction dictated by a company. Although this governance experiment arguably helps a project more accurately represent its users' needs, it also means that it will be difficult to get any KYC implemented into a DeFi project.

The cryptocurrency community tends to be wary of government intervention. This aversion is doubly true for individuals who purchase governance tokens to have a say in the future directions of projects. It would be difficult to even get a proposal implementing KYC passed, let alone something capable of complying with all of FATF regulations.

There is an important caveat here. The FATF has confirmed that although its standards may not apply to the underlying software or technology itself, it would apply to entities involved with the DApp, such as owners or operators, who would be considered VASPs. This could cause significant headaches for DeFi founders and investors, but it is unclear how it will apply to projects without any individual directly responsible for its future, such as Yearn.Finance.

Another challenge is that transactions from VASPs which don’t implement its recommendations should be treated as high risk. They also recommend that VASPs put surveillance measures in place to ensure that they are only accepting funds from legal sources.

These surveillance measures could cause problems for users of decentralized exchanges in particular. If a user accidentally purchases a token that has been associated with criminal activity, they could find themselves blacklisted from certain financial services. It could also mean that users decide that using DeFi platforms isn’t worth the associated risk.

Non-Fungible Tokens Are Also In The Firing Line

The new guidance also addresses the latest crypto trend: non-fungible tokens (NFTs). These tokens are a special kind of cryptocurrency that confers ownership of a digital or physical asset, such as a painting or a video. They have proven enormously popular with artists but there are concerns from the FATF that they could be used as a vehicle for money laundering.

The company isn’t targeting all NFTs, only those that can facilitate money laundering, but the wording of its new guidance will cause problems for many projects. Many NFT tokens that may not appear to be virtual assets may become so due to secondary markets that enable the transfer or exchange of value. This could theoretically apply to almost any crypto project that leverages ERC20 exchanges, including NFTs.

Could The FATF Kill Crypto?

This guidance should certainly be seen as a hardening of the FATF’s stance towards the cryptocurrency community. It shows that the organization has accepted that the crypto community is unwilling to self-regulate to prevent money laundering and terrorist financing, and now places the onus on governments and financial institutions.

As such, governments may begin to take a stronger stance against DeFi exchanges. There are already concerns in the US government, particularly from treasury secretary Janet Yellen who has stated:

“Cryptocurrencies are of particular concern. Many are used, at least in a transaction sense, for illicit financing.” Yellen has indicated that Biden’s administration will take a harder stance on crypto AML and certainly the taxation of it.

Despite this, there remains the simple fact that it is difficult to stop crypto trading. While stricter rules might discourage users from leveraging decentralized finance, the genie is already out of the bottle. The only way a government could attempt to limit the growth of DeFi would be to remove the fiat on- and off-ramps.

Although this move might make it easier to comply with existing regulations, it could prevent governments from growing their own cryptocurrency industries. In the long term, it could do more harm than good. This factor makes it unlikely that governments will take a highly aggressive stance, but rather will try to look for common ground.

Conclusion: Crypto Community May Need To Be Proactive

On the other side, the cryptocurrency community may need to take more active steps to police itself without unduly harming user privacy – and there are already solutions in the works. The Shyft Network is a good example of a company that is seeking to implement KYC compliant solutions that do not undermine the privacy and decentralized focus of many DeFi projects. Other solutions like FATF Travel Rule platforms Sygna Bridge and Notabene are also pivoting by aligning themselves with established AML blockchain analytics companies like Elliptic and Chainalysis respectively.

There are several technological solutions to the problem. One excellent example is whitelisted addresses that would grant users access to all projects within the same trust channel. This approach reduces the need for the users to constantly redo the same KYC process and limits the number of entities that a user must submit private documents over to, solving some privacy concerns.

Aside from building new technologies, it is important for the crypto community to positively engage with regulators. Many of the problems with the FATF guidance seem to stem from a lack of communication and mutual suspicion.

CYBAVO stays on top of regulations

As a leading custodial digital assets platform and services provider, CYBAVO is committed to regulatory compliance, and fulfilling all necessary requirements. Remaining compliant with the FATF Standards has been and will be a core priority for us. Please feel free to reach out to us if you have any questions or concerns.