Ethereum in 2022: What are the Coming ETH Merge, Difficulty Bomb and Ice Age? 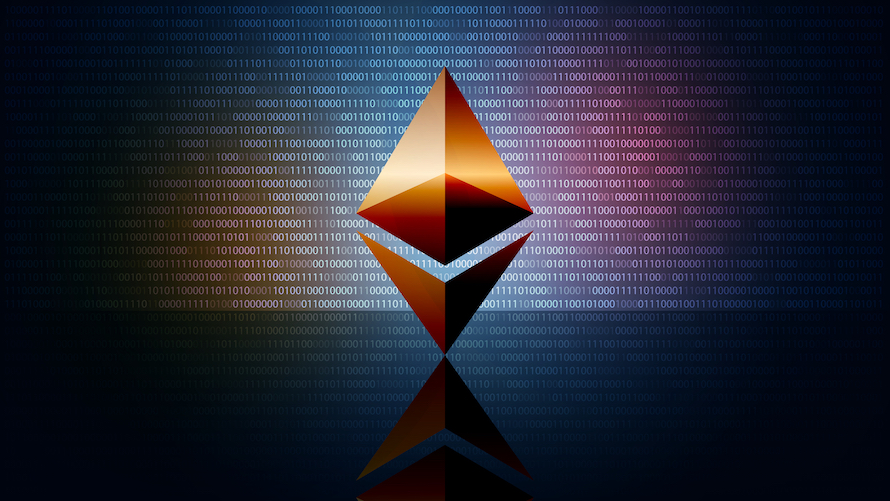 The final destination of Ethereum 2.0’s proof-of stake utopia has been top of mind for ETH holders for the last couple of years, due to systemic network congestion and high transaction costs, which have stifled growth and led developers and users to flee to newer, shinier layer-1 networks like Solana and Avalanche.

An important milestone in the road to ETH2.0 is the so-called difficulty bomb that will herald in the Ethereum “Ice Age”, where it’s no longer viable for miners to keep mining ETH, instead forcing them to shut down their machines and stake their ether. As Ethereum founder Vitalik Buterin explained, Ethereum 2.0 will not solve all the network’s problems, and many will still rely on layer 2 and possibly layer 3 solutions to scale and bring down fees. Regardless, it is still absolutely critical that it gets rolled out as soon as possible in order to stop the exodus from Ethereum at present.

In December 2021 a new Ethereum update was pushed through that postpones the difficulty bomb for one final time as the smart contract network’s Proof-of-Work (PoW) mainnet and Proof-of-Stake (PoS) version (Beacon Chain) prepare to unite in early 2022 in what is called the Ethereum Merge. This article serves as a refresher to help get you up to speed with what is happening in Ethereum-land right now.

Why Does Ethereum Need a “Difficulty Bomb”?

First launched in 2015, the Ethereum network is currently trying to stall long enough for developers to transition from a PoW model to a PoS consensus mechanism. The current Ethereum PoW model requires miners to solve complex mathematical problems before a transaction can be validated. PoW has become controversial due to its energy demands and environmental impact.

What is the Ethereum Difficulty Bomb?

Ethereum’s “difficulty bomb” is a planned exponential increase in the difficulty of proof-of-work (PoW) mining, which will eventually become impossible due to the complexity of the calculations that will be required. When the bomb detonates, it will begin the “Ice Age” for PoW mining on the network and herald the full transition to a proof-of-stake (PoS) system, which aims to solve problems of scalability, security, and accessibility.

With PoS, users validate transactions based on how many coins they hold through the staking process. The transition will introduce validators to the Ethereum network as the new means of continuing the chain. Similar to miners, validators will agree on which transactions to add to the next block. Then they are rewarded from either the transaction fee, existing tokens, or newly minted tokens. Every PoS network has a minimum requirement of coins to stake, which demands substantial investment.

With the transition to PoS already taking longer than expected, the Arrow Glacier update was released on December 9th with the singular goal of pushing back the triggering of the difficulty bomb to June 2022. By then, it’s expected developers will have completed onboarding the PoS consensus model.

Arrow Glacier, the latest upgrade in the Ethereum network, carries no other proposals other than the delay of the difficulty bomb. It follows other updates this year that were also part of the jump to Ethereum 2.0.

There have been two substantial upgrades in 2021 leading up to the Arrow Glacier: the Berlin upgrade in April fiddled with gas prices and allowed new transaction types, and the London upgrade, which was implemented in August and added deflationary, fee-burn mechanism EIP-1559, as well as a previous difficulty bomb delay. This newest upgrade is said to be the last before the full activation of Ethereum 2.0 and the Merge – when the PoS side-chain will take over the network.

What exactly is the Ethereum Merge?

The Merge is the term being used for what will happen when Ethereum’s mainnet, which runs on PoW, integrates with the Beacon Chain, a PoS chain launched in December 2020. The Beacon Chain coordinates shards as well as stakers and currently runs parallel to the mainnet.

When the Merge finally happens, it will not impact the existing Ethereum blockchain, as the full history of the network will be carried over onto the new PoS system. The Beacon Chain will also randomly assign stakers to validate shard chains, making it harder for the shards to be taken over in aggressive coordination.

How Will Ethereum Benefit from Migrating to Proof-of-Stake?

With the new sharding technique, blocks are broken up before they are processed into the network. This means the whole block does not need to be involved for a transaction to be validated. Reducing the number of blocks being recorded will open up more opportunities to accept transactions. Fewer blocks required to carry out transactions will also speed them up.

Under the PoW model, Ethereum is able to handle about 30 transactions per second (TPS). However, Ethereum 2.0 is reportedly designed to handle up to 100,000 TPS.

It takes a lot of electricity to mine cryptocurrencies with a PoW model. Based on recent research, it was found that the overall amount of electricity required for the Bitcoin network, which also uses PoW, was more than what 159 countries consume yearly. The Ethereum Foundation has explained that “If the switch to PoS is successful, it could reduce Ethereum’s energy use by up to 99.95%”.

While the transition to PoS will have a tremendous impact on energy efficiency, until the network implements blockchain sharding, gas costs and transaction fees on layer 1 are expected to remain high.

There is a high level of security in PoS, as anyone who tries to validate a bad block is barred from further validation, with the bad actor losing their stake. The potential for massive losses creates a strong disincentive for validating bad blocks.

Improvements to the Decentralization of the Network

Under the PoS model, there is a greater opportunity to participate in the governance of the network. This stands in contrast to the PoW model, where only miners with powerful hardware partake in governance activities.

Despite delays, it seems that the dream of the world’s oldest smart contract blockchain becoming an energy-efficient model is going to become a reality in June 2022. When the difficulty bomb is introduced, it will mark the beginning of the end for PoW mining on the Ethereum network, and set the stage for the Merge, which will usher in the superior staking system that will improve scalability, security, and accessibility.

Will this be enough? Most likely not. However, it will provide a secure and stable layer-1 foundation for Ethereum to scale its reach on layer 2 networks through the use of ZK-rollups and other technologies. To learn more on the Ethereum visionary’s thoughts and plans for ETH, read Ethereum founder Vitalik Buterin’s recent publication called “Endgame”.