Will the Metaverse Define Web 3.0? 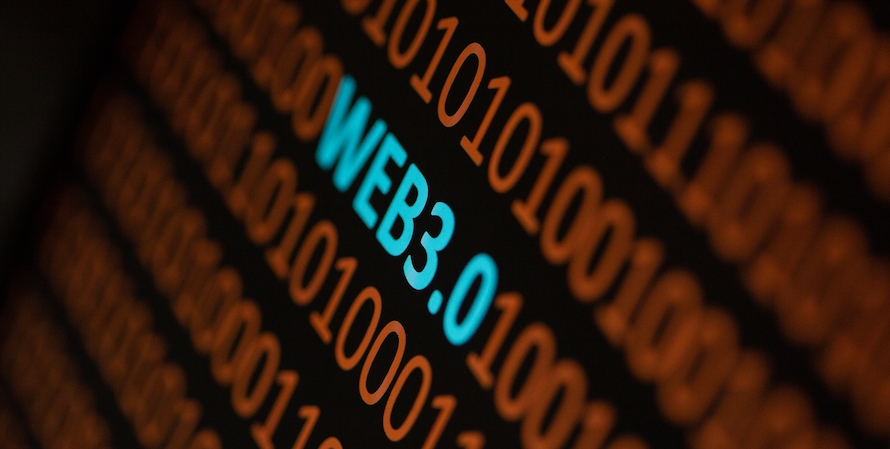 The metaverse is set to transform the way we communicate, but could it also change how the internet works?

After closing the book on 2021, it looks increasingly likely that 2022 will be the year of the metaverse and gaming. In the wake of Facebook’s controversial Meta rebrand, almost everyone is looking to jump onto the metaverse bandwagon.

While much of the attention is still on centralized solutions like Facebook’s, there is already a natural and growing connection between the realm of cryptocurrency and the unlimited possibilities of a fully decentralized metaverse. When these two solutions combine, it could redefine the way that we view Web 3.0.

The Metaverse In a Nutshell

The metaverse has become a catch-all term for technologies that use augmented reality (AR), mixed reality (MR) or virtual reality (VR) to connect individuals digitally. It is most often used to refer to VR environments where users can interact with each other.

While the metaverse is mostly seen as a Ready Player One type of digital wonderland where we can live our most geekish fantasies playing GameFi’s hottest Play-to-Earn (P2E) games, businesses also see it as a way to replicate offices and other environments that rely heavily upon social interaction to function.

This is not a new concept. Massively multiplayer online games (MMOs) have always been something of a metaverse and some – such as EVE Online or Second Life – have even included real currency systems that allow players to “make” money. Even the concept of “owning” digital clothing is now normal in many “free2play” games, where cosmetic elements can be used to personalize your avatar. Indeed, owning digital homes or castles along with buying weapons, tools, or special powers is commonplace.

What makes the new wave of metaverses unique is the ability to take advantage of much better hardware, specifically VR hardware or smartphones capable of using AR. This capability has opened up an opportunity to take concepts primarily used by the video game sector and apply them to the real world.

This process typically involves either recreating social spaces or attempting to replicate real-world objects in the digital space. The obvious beneficiaries of this process are AR and VR companies, but cryptocurrencies are also likely to play an important role in shaping the metaverse space.

One of the driving forces behind the crypto revolution has been the idea of Web 3.0. This term, coined by Ethereum co-founder and Polkadot founder Gavin Wood in 2014, represents a break from the current structure of the internet. Instead of all content and data being controlled by a handful of tech giants like Facebook, Google and Amazon who serve as Web 2.0 gatekeepers and monetize user data, unilaterally censor behavior and encroach on user privacy, it would instead be owned by a decentralized community of individuals.

This dream of decentralization has played a significant factor in the crypto revolution. One of the most prominent examples is decentralized finance (DeFi). DeFi uses smart contracts to create decentralized apps (dApps) that allow users to borrow and lend money, create insurance pools, or trade cryptocurrency – all without ever having to interact with a centralized entity.

This same concept is also being applied to convert real-world systems into digital ones. For example, LTO Network has several projects along these lines, such as legal documentation or notary services. However, one of the best new use cases for cryptocurrency technology today is almost certainly non-fungible tokens (NFTs), which have seen an epic boom in 2021.

NFTs Are Fast Becoming the Core of Our Digital Reality

NFTs are an important if controversial component of the cryptocurrency ecosystem. At their core, NFTs simply represent a unique token on a blockchain that is associated with another asset. The item can be anything from an insurance contract to a piece of digital art.

The critical aspect of an NFT is that it can’t be converted to another token, like-for-like. This lack of fungibility means that each NFT is a unique object that can only be traded for other unique objects or cryptocurrency on NFT marketplaces.

By far, the most popular use for NFTs at the moment is as a way to trade digital assets – like a digital house that sold for over $500,000, digital art, or collectible games based on the blockchain. The popularity of NFTs as a way to buy and sell digital art has been driven, at least in part, by artists looking for new ways to monetize their work.

NFTs Still Have Some Problems, Though

However, there are still some drawbacks to NFTs that need to be resolved.

For example, if you purchase a piece of digital art on one blockchain, there is nothing stopping someone from selling that same piece on a different blockchain. One of the more amusing examples is the NFT Bay, an art project created by Geoffrey Huntley, which reportedly allows users to download all the NFTs available on the Ethereum and Solana blockchains.

Huntley’s exercise in artistic expression serves to showcase the current big problem with NFTs. At the moment, they simply represent ownership of a line of code that relates to a piece of art on that specific blockchain. The NFT doesn’t provide any sort of copyright to the owner. It also doesn’t govern how that digital asset is used and it doesn’t prevent anybody from simply right-clicking the image and downloading it.

One of the reasons for these issues is the lack of utility behind NFT assets. At the moment, they are little more than glorified trading cards because there isn’t any mainstream system that requires NFTs to function.

Even games, typically a testbed for out-of-the-box monetization techniques, can’t benefit from them because in-game assets don’t need to be traded outside the game’s ecosystem. Indeed, the recent STALKER 2 NFT fiasco demonstrates that NFTs in “normal” games may not even be desirable.

These problems don’t mean that NFTs are pointless. They simply mean that NFTs are currently being applied to technologies and ideas where they don’t bring real added value yet. When we add in the metaverse, NFTs suddenly enter into a realm of their own.

One of the big opportunities in the metaverse is the ability for companies to sell digital items either as supplements to physical ones or as novel offerings in their own right. Theoretically, they can allow people to purchase a digital jacket and that person can then wear that jacket at work, at the virtual club, or even while gaming, safely keeping its ownership in a digital wallet they control.

It could even be possible to turn this digital wear into collectibles that people then trade, much like sneakers in the real world.

The challenge is interoperability. If a company builds a jacket for a specific world – for example, for Facebook’s offering – then it is not necessarily possible for users to take the jacket outside this ecosystem. This hurdle would theoretically be good for Facebook because it puts up a monetary cost to leaving. However, it would not necessarily be good for users or the company selling the jacket.

This is where NFTs could come in. A digital token paired with the right smart contract could conceivably be used as a way to bridge these different worlds and allow people to transfer digital assets to new places – or even simply convert them into money that could then be spent elsewhere.

To understand this process, let’s continue with the example of a jacket. Our fictional start-up – let’s call it Ne0Fashion – decides it wants to create a limited-run hat and there will be only 100 digital copies anywhere in the metaverse.

The first problem Ne0Fashion will encounter is design. Each metaverse will have a unique art style and may be built using a different graphics engine. This means that the company will need to design an asset for each of the major metaverse platforms so that the user won’t look out of place to other users.

Once they have a design, the next step is to ensure that only 100 of these items ever exist – and this is where NFTs come in. While it’s possible that someone could attempt to plagiarize the design, an NFT token will be required to use the official Ne0Fashion cap in the real world.

While Facebook/Meta have a strong first-mover advantage, there are already alternative metaverses cropping up. This will likely mean that it will be necessary for any digital product to be compatible with several of these solutions – similar to how many apps have a Mac and Linux component despite Windows being the dominant OS.

Once we understand these challenges, it becomes a little easier to see how Ne0Fashion could roll out these hats. To begin they will need:

Once Ne0Fashion has these components, it can launch a product that users can not only transport between different digital worlds but also transfer to different blockchains. It will be possible to use that item anywhere the user wants.

Additionally, it will open up more secondary markets, where this unique hat can be traded for other digital items, or even converted into liquid cryptocurrency that can be used to buy another item.

Why Would a Company Even Want To Do This?

In the physical world, companies already run limited-item campaigns because scarcity creates a premium. If it is possible to replicate this in the digital world, companies can create more unique assets while also creating a thriving secondary market. The secondary market will increase the long term value of these specific collectibles and the premium the company can charge during the initial sale.

In a digital context, this advantage is increased both for the customer and the producer. Digital assets don’t need to be in “mint” condition to maintain their value and users can enjoy them until they decide it makes sense to sell. It also opens up a wider market as geographical boundaries no longer define what and where people can sell their digital assets.

Such a setup also brings value to both blockchain companies and metaverse companies. It allows a more diverse set of creators to engage with the platform which creates the content that will draw people to the metaverse. Additionally, it creates a use-case for NFTs and blockchain technology that brings real value rather than simply acting as a gimmick.

Aside from everything else we’ve already covered, there’s another major reason that NFTs make sense in the metaverse: democratization.

Rather than relying on a handful of startups or companies to create content, a properly constructed system could create a vast decentralized marketplace where users can create, buy, and trade content. New revenue streams could open up for content creators while ensuring that the boons of the metaverse are more widely spread.