Why Ethereum Is Driving The Crypto Market Recovery 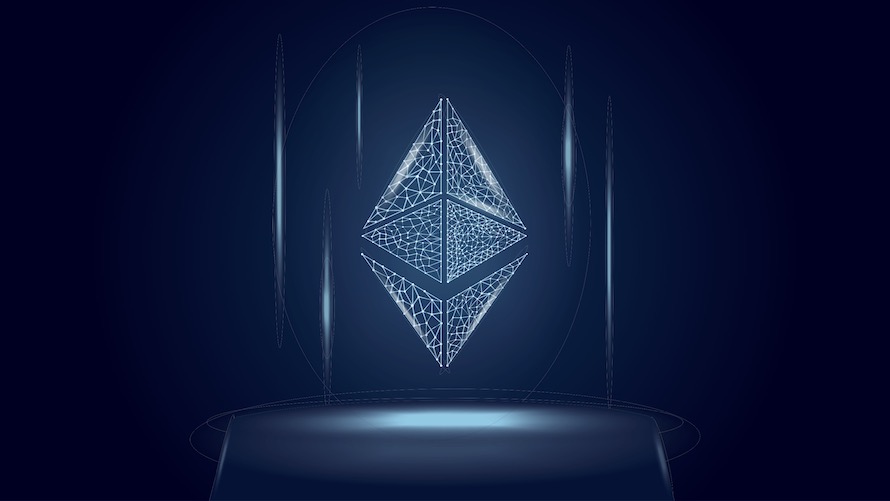 There’s green across the board as cryptocurrency has re-entered a renewed bull cycle. While previous bull runs have been driven by Bitcoin buying frenzies, there seems to be an added narrative this time round:  Ethereum 2.0’s accelerated rollout schedule. This rollout hopes to eliminate many of the scalability problems that the second biggest cryptocurrency has experienced to date.

Scalability Has Been Ethereum’s Biggest Barrier To Adoption

These smart contracts, developed in Ethereum’s programming language, Solidity, make it possible for developers to build anything from complex financial instruments to simple collectible card games. They have even created NFTs dedicated to celebrating anything from famous athletes like Lionel Messi and LeBron James,to sporting events like the Olympics, to $600k JPEG rocks.

The problem is that this popularity has led to a plethora of new decentralized apps (dApps). These dApps are essentially long “contracts” created using a set of conditions specified in a code.

These conditions can be simple and require just a single transaction to complete – or they can be incredibly complex, requiring dozens of individual transactions to operate. For any smart contract to operate, it must be confirmed on the blockchain by miners – and this is where the big problem comes in.

At the moment, Ethereum uses the same consensus method as Bitcoin: Proof of Work (PoW). In Proof of Work, large networks of computers are all competing to solve a complicated mathematical puzzle. If they solve that puzzle they earn the right to process a “block” of transactions.

If they succeed, they are rewarded with a payout of “mined” Ethereum. These computers, also called miners, control which transactions are accepted onto the blockchain and the overall supply of Ethereum.

At first glance, this seems like an elegant solution to decentralizing the confirmation process, but there is a big problem: scalability.

Heavy Load On The Ethereum Blockchain Has Led To Congestion

The biggest hindrance on any blockchain is block size. It is only possible to process a certain number of transactions simultaneously.

If there are many transaction requests on the network, it is harder to get them listed on a block. When this happens, the rewards offered to miners are increased to draw more miners onto the network to decrease congestion.

This increased cost is then passed onto the end-user, who is forced to pay a higher cost for these additional miners to get their transaction processed. This problem has become particularly acute and it has cost as much as $23 USD to enact a single transaction.

The result is that complicated smart contracts could cost hundreds of dollars to fully execute.

This problem has become so bad that “Ethereum Killers” have been able to encourage projects away from the platform.

The biggest beneficiary of Ethereum’s woes has undoubtedly been the Binance Smart Chain (BSC) and its BNB cryptocurrency, which displayed staggering growth this year. This centralized platform was able to run with lower fees, and it is now one of the dominant smart contract platforms.

This situation is an issue for several reasons. The first is that BNB is not a decentralized cryptocurrency in any real sense. The chain is owned and operated by Binance, a centralized for-profit company.
There are legitimate concerns about handing control over the future of the internet to a single company. In an ideal world, the foundation of the next stage of the internet should be decentralized, which is something that Ethereum has been pushing hard to complete.

How Ethereum 2.0 Solves Its Current Problems

To counter this issue, Ethereum has been working towards a major upgrade that will completely overhaul the blockchain. The upgrade contains two important components: sharding & Proof of Stake.

One of the big challenges of a blockchain is that there is only one of them. Thus, transactions must wait in line to be processed onto a block and placed onto the blockchain. Shards, on the other hand, are designed to solve this problem by allowing multiple blockchains – 64 to be exact – to run in parallel.

The second effect is that each shard will increase the amount of data available on the blockchain, which will improve transaction speed on the network. This effect will be particularly beneficial when combined with layer-two solutions, which enable smart contracts to process complicated transactions off-chain and simply validate the final results.

The biggest benefit of shards isn’t just that they will improve transaction speed, but that they will lower the hardware requirements of running a node. This will make access to Ethereum’s network more democratic and should help to ensure the long-term decentralization of the project.

Sharding will work hand-in-hand with the other big change to Ethereum: Proof of Stake.

The biggest change to Ethereum will be its consensus mechanism. Rather than relying upon computers solving transactions, it will instead need users to lock their Ethereum up.

Each smart contract will require someone with a stake of 32 Ethereum to process it. These network validators will be selected at random and receive a reward for their efforts. The process is something like earning interest from your bank on a certificate of deposit (CD).

To ensure that bad actors can’t take control of the network, these stakes can be destroyed, or “burned,” if a validator misbehaves. Misbehavior could include something as simple as going offline when they are not supposed to or something more nefarious like actively trying to process malicious blocks.

It will be possible for people with less than 32 Ethereum to benefit from this and help secure the network by using staking pools. These pools handle all the technical features of staking in exchange for a percentage of the eventual staking fees.

Some of these pools, like Lido, already exist, and Ethereum investors can already stake their tokens and earn rewards.

Ethereum Has Accelerated The Rollout of 2.0

One of the key reasons that the crypto market has recovered so rapidly is that Ethereum has accelerated the rollout of its 2.0 improvements. It began with two important proposals that were part of the recent update.

The first improvement, EIP-1559, is designed to solve immediate bottleneck problems and begin the process of removing miners from the Ethereum blockchain. It does this by doubling block sizes.

EIP-1559 will also ensure that all Ethereum that’s paid to process a transaction is burned rather than paid to miners. This change will remove the main source of revenue for miners, who must now rely on tips paid by users who want their transactions processed immediately.

The second part of this update is EIP-3554, which will bring forward the deadline for the next “difficulty timebomb.”

When the update goes live in December, it will flood the network with artificial miners, which will make it nearly impossible for real miners to process blocks.

This change will close the on-ramp for new miners and force users to switch to the Ethereum 2.0 blockchain, accelerating the transition to Proof of Stake.

The key is that these updates mean that Ethereum is on track to become a fully decentralized and scalable computing system.

It will also represent the biggest test of Proof of Stake to date. There are hopes that PoS could help ensure Ethereum’s price stability, as users will be discouraged from liquidating their cryptocurrency to take advantage of staking rewards. More and more ETH are being moved off exchanges every day and locked up with staking providers.

If the rollout is successful it could also prove a useful watershed for the cryptocurrency world at large, encouraging more projects to begin the process of transitioning to Proof of Stake soon.